You are in: Home / TERRITORIO / PONTEMANCO – HISTORIC HAMLET

The small hamlet of Pontemanco belonging to the territory of Due Carrare, is one of the most suggestive corners of the area that stretches east of the Euganean Hills, between the thermal basin and the area south of Padua. The hamlet gathers around its ancient mill, developed already in the 13th century along the banks of the Biancolino canal where time seems to have stopped and nature offers enchanting views where to carry out different activities such as cycling, running, walking, picnics and so on.

The presence of places of milling in Pontemanco has been documented since 1338, in the will of Marsilio Carrara, second lord of Padua. In 1405 the Venetians brought down the lordship of Carrara people and so all their goods passed to Venice. The Pontemanco mills, in particular, were auctioned and purchased the following year by the Morosini and Corner. From here the mills increased their importance and their number of wheels, reaching 12 in 1539. Already by the second half of the ‘500 the owners of the mills turned out to be the Pasqualingo family and the Bon family, while in 1798 it became the owner the Venetian family Grimani Giustinian. The Venetian family gave new impetus to the grinding activity and further enhanced it with the construction of two new stone mills and the hydraulic adjustment of the canal. Economically, the mill’s activity was not only the simple grinding of bread, but it created a set of induced activities that employed carpenters, carters, blacksmiths, etc. Since 1831 Antonio Maria Marcolini and heirs use the mills which then, with rapid succession of new buyers, continue their activity until the cessation occurred in 1971 because the industrial activity had now changed. Today there is only one wheel left and the mill on the right, purchased and restored in 2014 by an important private company of the territory which has made it its own representative seat.

In the village stands out Ca’ Pasqualingo Grimani (now owned by Fortini), erected by the homonymous family before 1642, in the classical forms of the Venetian manor house. Originally the complex was one with the terraced houses located north of the Biancolino, which probably served as the residence of the peasants who worked in the funds of the family owner. Into the service of the villa was also the oratory of the Beata Vergine Maria Annunciata, of whose existence we have proof since 1595. Despite being property of the nobility, the oratory was public, that is accessible to all (from the street), and provided with title, fixed altar, relics and bells. The orator became very important in the village also for the lack of a parish Church.

Finally, on the right side of the Biancolino rises Villa Morandini Sperandio, another example of a Venetian manor house, once inhabited by the family owner of the mill in front. 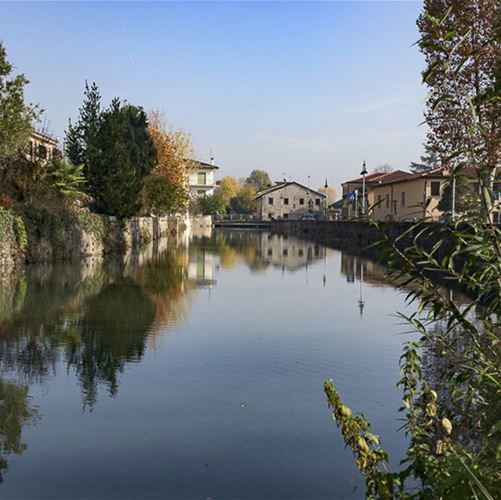 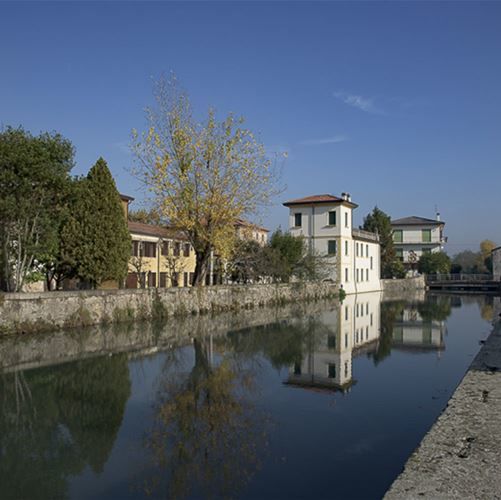 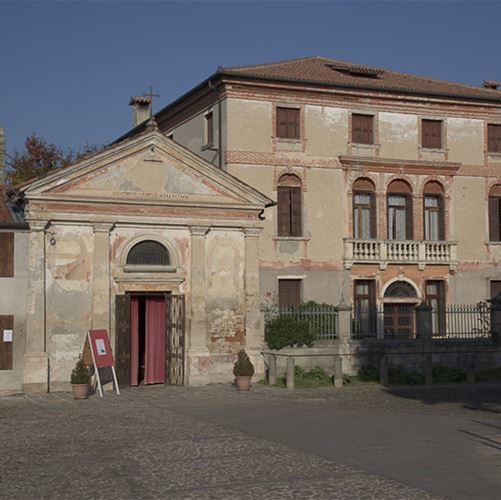 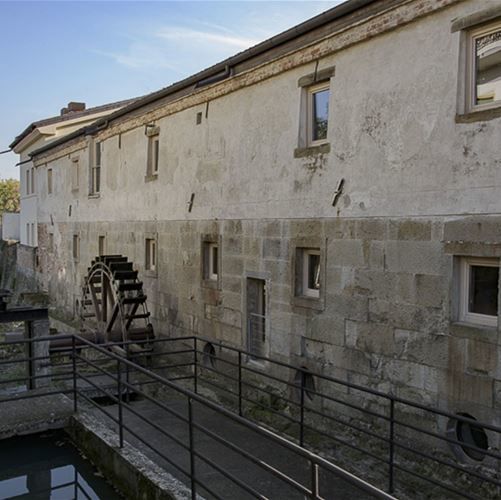 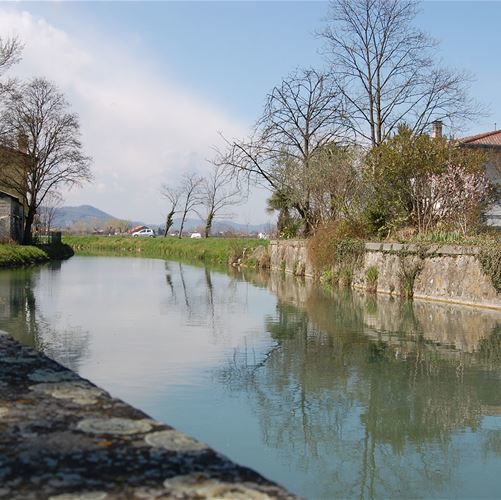 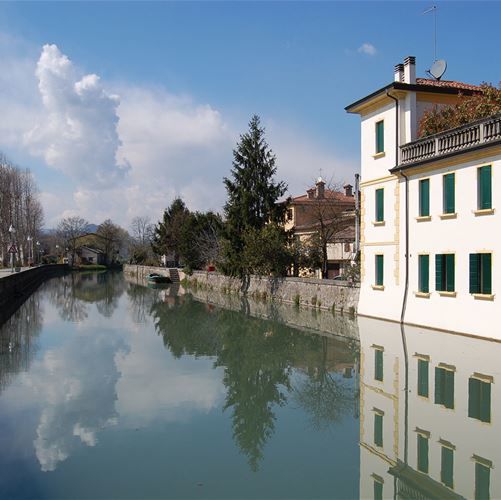 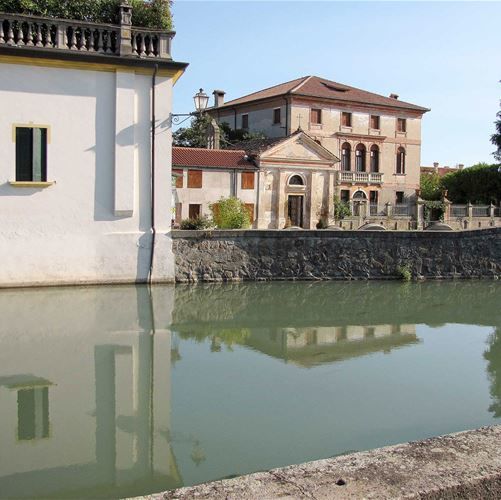 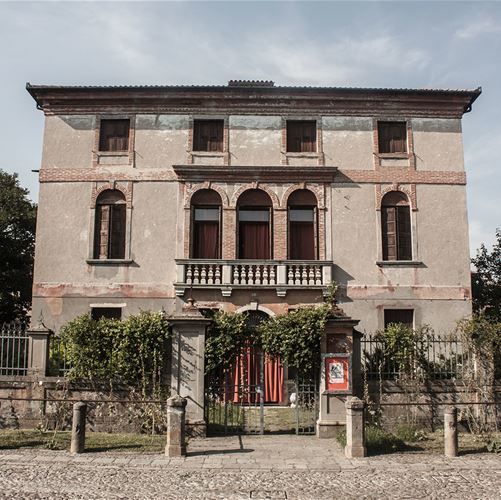 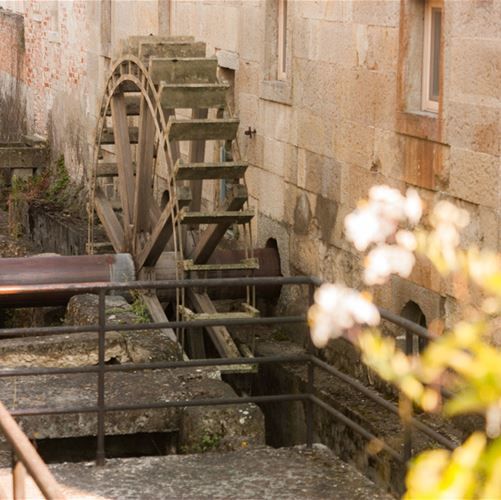 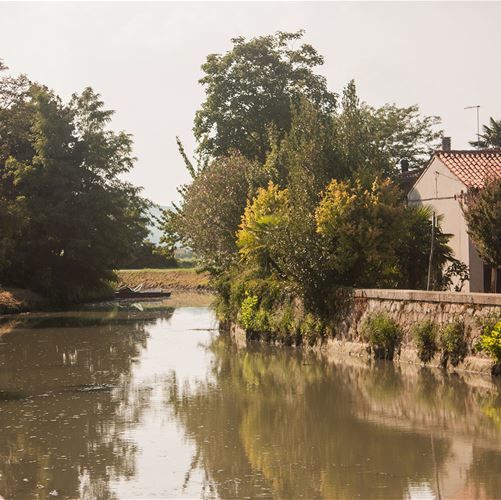 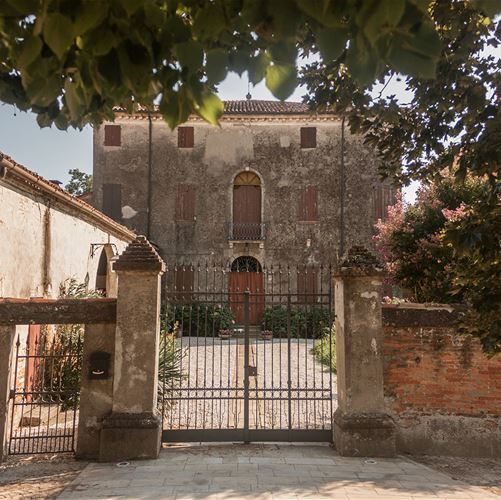 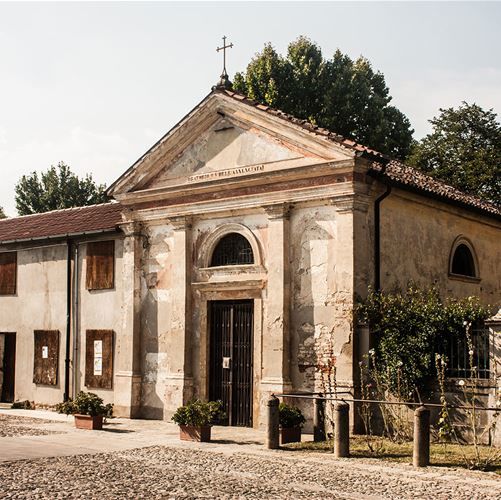 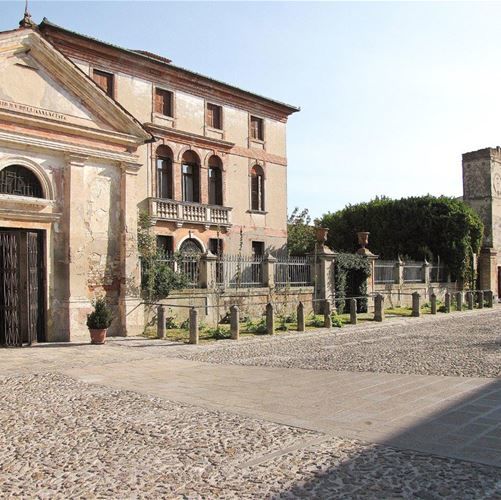 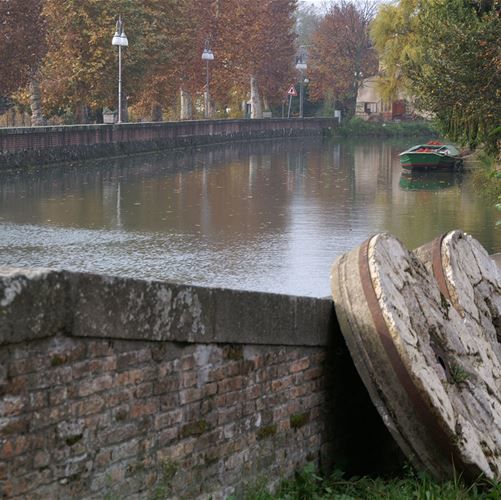 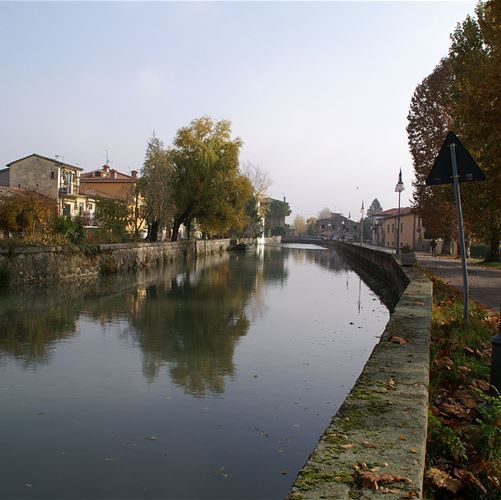